The willow bushes along the river are some of the first trees to blossom during the spring. Their flowers are small ”furry” tufts, that hang like a row of catkins on long twigs. On most flowering plants, the male stamens with pollen and the female stigma with the ovary are found in the same flower. In willow bushes, they are divided in two plants. Therefore, there are two kinds of catkins. Both kinds of catkins start off being light grey like small rabbit tails, but later the male plant’s catkins become filled with small yellow ”pins” filled with pollen, while the female plant’s catkins continue to be grey with small yellow stigmas. 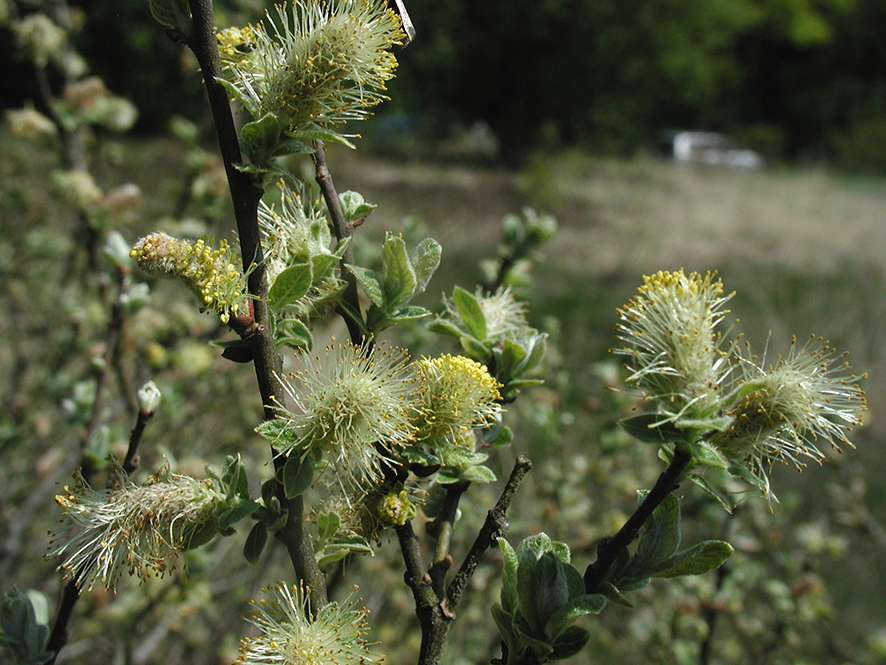 One of the oldest remedies for headache comes from willow bark. Since about 2,400 years ago, the ancient Greek Hippocrates used a powder made of willow bark as a remedy to treat pain and fever. Extracts of willow bark have been used for pain relief against fever and rheumatism ever since. In 1828, a German pharmacologist extracted some bitter-tasting yellow crystals from the willow bark. He called the substance salicin. Salicin is found in acetylsalicylic, a known analgesic agent, which is sold, inter alia, under the name of Aspirin.

Facts: Willow is one of the most common tree species that grow on moist soil. There are many species of willow and they can be difficult to distinguish from each other. Grey willow is common and widespread throughout Denmark. It can be recognised by the fact that the leaves are 5-9 cm long, widest across the middle with grey-green upper side and light hairs on the underside. Blooms in April-May. The catkins hang on short hairy stalks.