The bulrush is a tall marsh plant that grows along lakes and streams. It is best known for its thick brown velvety ears that have also given the plant its Danish name of ‘dunhammer’. In the past, bulrushes were a popular toy weapon, which especially boys could ”hammer” away at each other as ”the down ” (dun) flew around them. On the axis, there are up to half a million tiny seeds that float away with the wind with the soft seed down. 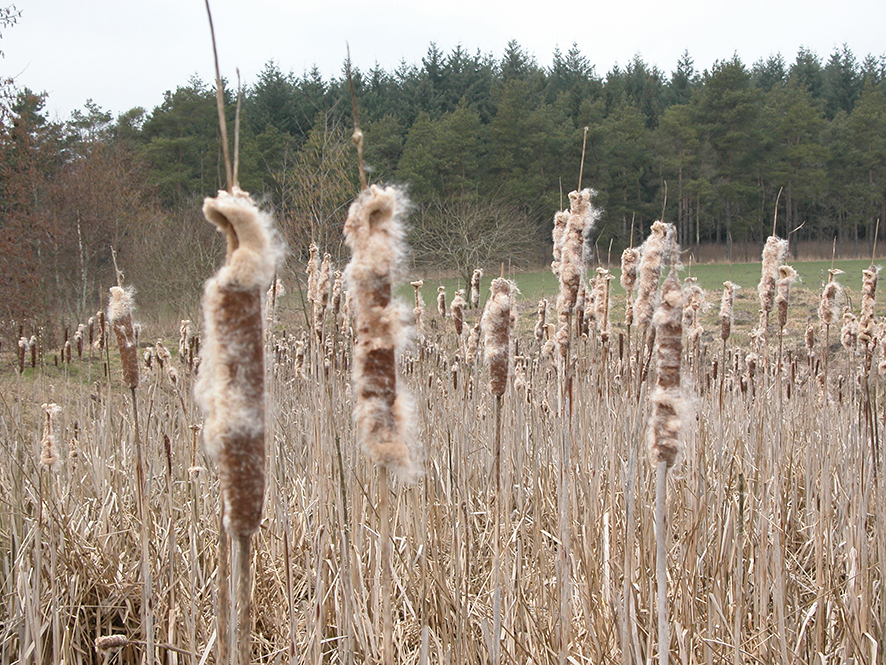 Bulrush down in pillows

Bulrush down was used as a substitute for real down filling for pillows and duvets. During the Second World War, 20,000 kg of bulrush down was produced for mattress fillings to replace the plant fibres ”Kapok”, which came from a tropical rain forest. By dipping the bulrush spike in tallow, petroleum, pitch or tar, you could make torches that could be used for occasions such as lighting up the ice rink at winter.

Facts: height 1-2.5 m. Perennial herb. The leaves are 1-2 cm wide, line-shaped, blue-green and hairless. The bulrush flower is the thick brown spike. At the bottom sits the female flowers, which develop into the downy seeds. The male flowers are at the top in a narrower inflorescence. The bulrush is common along lakes and streams. 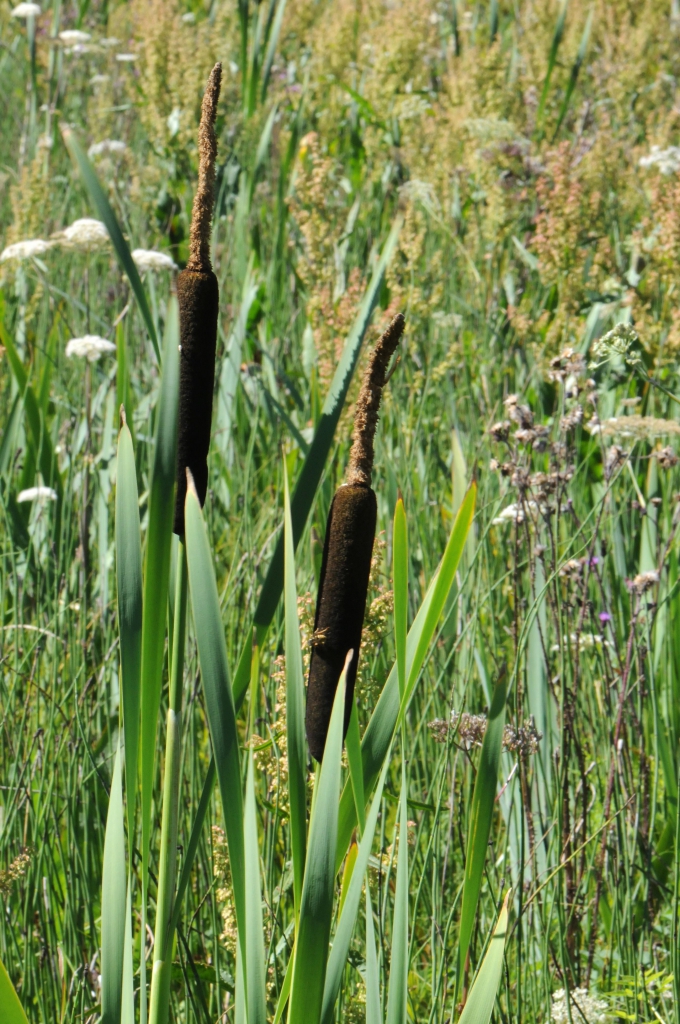