As a young man, Jørgen Skrumsager moved from West Jutland to South Jutland. He found love south of the river Kongeå and committed himself to the cause of the Danish national struggle.

Jørgen Skrumsager was born in 1841. He grew up as an only child on a farm in Sønder Bork in West Jutland. Already at the young age of 10, he was sent away from home to get a decent education. His father had never had one himself and it was important for the father that his son got better opportunities than he did. Jørgen Skrumsager subsequently lived with different tutors who taught him.

In 1859, Jørgen Skrumsager came to Rødding high school. At a banquet at the school, he noticed a woman sitting next to Sophus Høgsbro, the principal of the school. The woman was well-read and could take part in the conversation, and Skrumsager was told that it was the virgin Ane Marie Kloppenborg from Bejstrupgård in Københoved. Jørgen Skrumsager was also told that Ane Marie Kloppenborg's father was an influential man and that he had better get any ideas about her out of his head. However, things did not quite turn out like that. Some time later, the high school principal was asked if he could recommend a successor for the farm bailiff position at Bejstrupgård. He recommended Jørgen Skrumsager, who accepted and and moved onto the farm.

Farm bailiff at Bejstrupgård
Jørgen Skrumsager was a young man of 19 years when he became farm bailiff at Bejstrupgård. Ane Marie Kloppenborg was 25 years and not so easy to impress. However, he managed to demonstrate his true abilities, when her father, H.D. Kloppenborg, one day came driving up the driveway, and the horses suddenly bolted. Skrumsager managed to stop the horses, but got his leg caught between a stone wall and the cart.

Ane Marie gradually started to notice the young Jørgen, but H. D. Kloppenborg was so against the alliance that he fired Skrumsager, who went to work at the nearby Toftlundgård.

He finally got Ane Marie's yes and found a priest in Arrild who would marry them. The first many priests he asked did not wish to cross the powerful Kloppenborg, who definitely did not want Jørgen Skrumsager as his son-in-law.

H. D. Kloppenborg was furious when he heard about the wedding. First he tried to prevent the wedding and then he disinherited his daughter.

Under Prussion domination
In 1864, Denmark lost duchies to Prussia, and from 1865 North Schelswig and thus also Københoved became provinces of Prussia. This resulted in a large number of prohibitions and restrictions which made life miserable for the inhabitants of North Schelswig, who felt solidarity with Denmark.

Jørgen Skrumsager was from the Kingdom of Denmark and did not feel the slightest bit German, so he was most disatisfied with this development. He and his wife, Ane Marie therefore held secret meetings and song evenings at Bennetgård, where pro-Danish people could come and cherish their Danish values.

Gained great influence
Jørgen Skrumsager was a member of Haderslev Kredsdag from 1880 to 1905. He was a one of the founders of the Sønderjyske Almanak (Southern Jutland Almanac) and was a member of the Language Association's Board. He was a frequently used speaker at public meetings and was a respected man in all ways.

Ane Marie died in 1895 and Jørgen Skrumsager became a widower. In 1899 he married Laura Buch, who came from the same area in West Jutland as himself.  He said at his 70th birthday that ”virgin Ane Marie was my great love, but Laura became the happiness of my old age.”

In 1921 Jørgen Skrumsager died at the end of a long and active life where he had made a place in history as one of the great standard bearers of South Jutland. 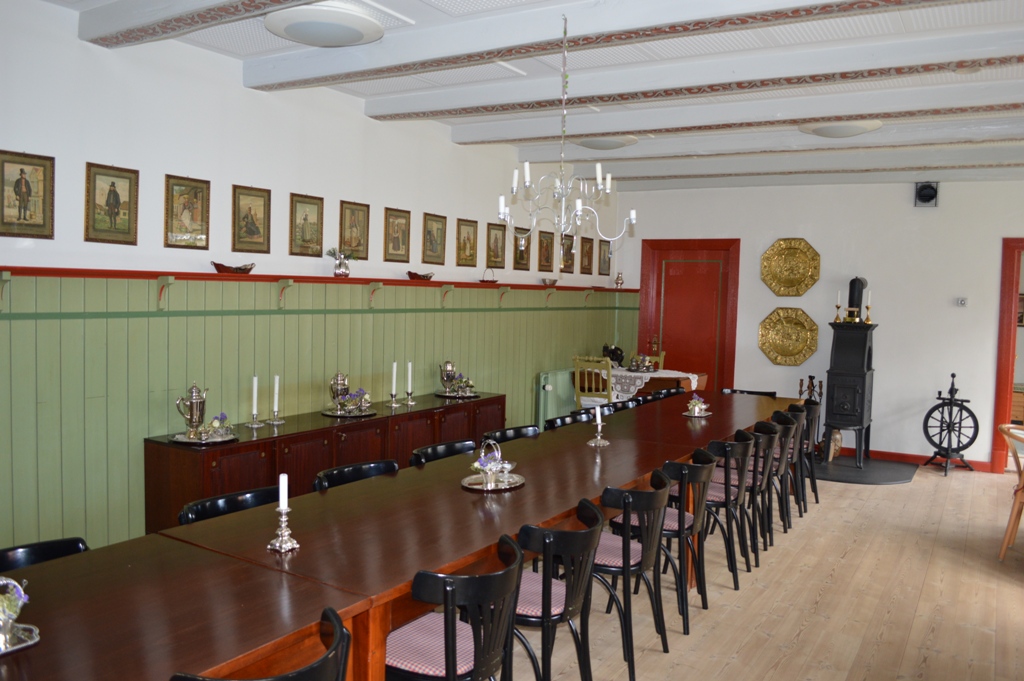