The Prehistoric village at Nygård Toft 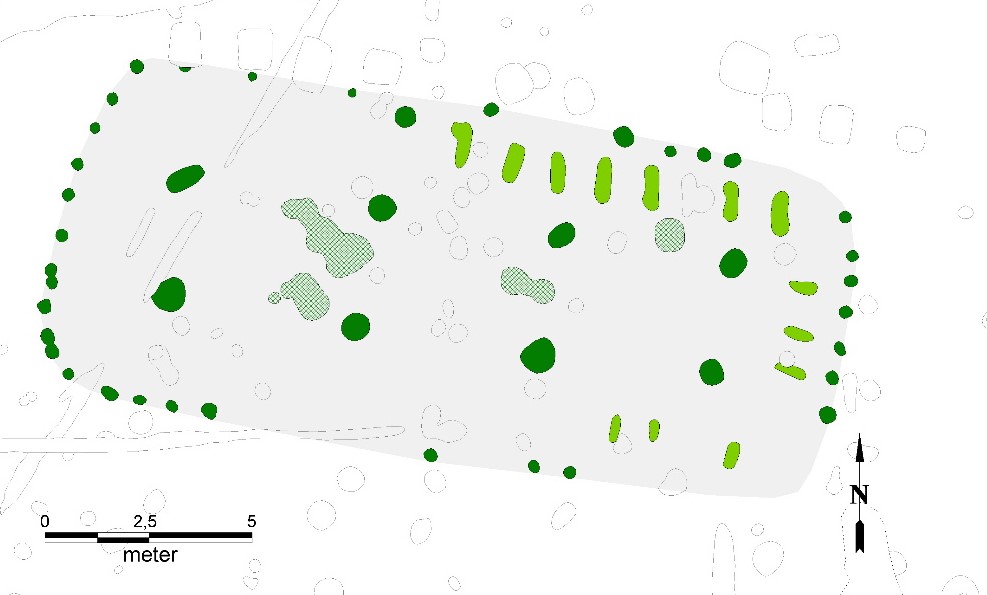 Nygård Toft at Drivvejen
Many of the roads we use today have roots in ancient times. This includes, for example, highway 11, which was later used by, bullock drovers and has been known as Drivvejen (Drovers Road) ever since. It crosses Gredsted bridge and at Drivvejen 3-4 km southwest of Gredsted bridge, archaeologists have found the remains of Nygård Toft village. The village is named after the farm that has stood at this location since the Renaissance. The current farm was built in 1868.

The Prehistoric village
The village lay on a gentle rise facing out towards the damp marshland meadows. The rise protected houses against storm surges and the marsh provided livestock with nourishment and access to the Wadden Sea. The first traces of the village are from the Stone Age.

Archaeologists have found seven houses at the location. The houses were between 10 and 28 meters long and up to 7 meters in width Archaeologists have determined from the locations of post holes that the two oldest houses are from the Neolithic or early Bronze Age, i.e., between 2800-1100 BC. The houses were two-aisled, i.e. with a row of central bearing columns. In one of the houses was a stone grinder for grinding grains.

There were also traces of roads, but none of them could be dated back to antiquity, although other parts of Drivvejen can be traced back to such a period.

Water supply and pit roasting
In addition to the houses, archaeologists found found four wells, one of which is from the Late Bronze Age. When the well was dug out, it was apparent that the bottom consisted of a hollowed-out oak trunk. The other wells were newer and in them, archaeologists found a coin from 1771, a pair of leather soles, a broom and pottery remains.

Pottery remains, charcoal from fireplaces and earth ovens where food had been prepared were found at the settlement. Bronze Age people ate many different grains such as barley, millet and spelt, but also berries and fruits. They kept pigs, cattle and sheep that were slaughtered as needed. Food was also self-caught: fish, birds and game.

An earth oven is a primitive oven - or the grill of the period - and can still be recommended as a way of cooking.

A pit was dug in the ground and lined with large stones. A small fire was then lit and after the fire had burnt out after about three hours, the stones were hot enough. A piece of meat or other food was then packed in and placed down on the stones. Then, the hole would be covered with soil or turf, and after 2-4 hours (depending on the size of the roast) the roast would be finished and could be dug up again.

The hand mill was found in one of the Bronze Age houses. Photo: The Antiquarian Collection, South-west Jutland Museums 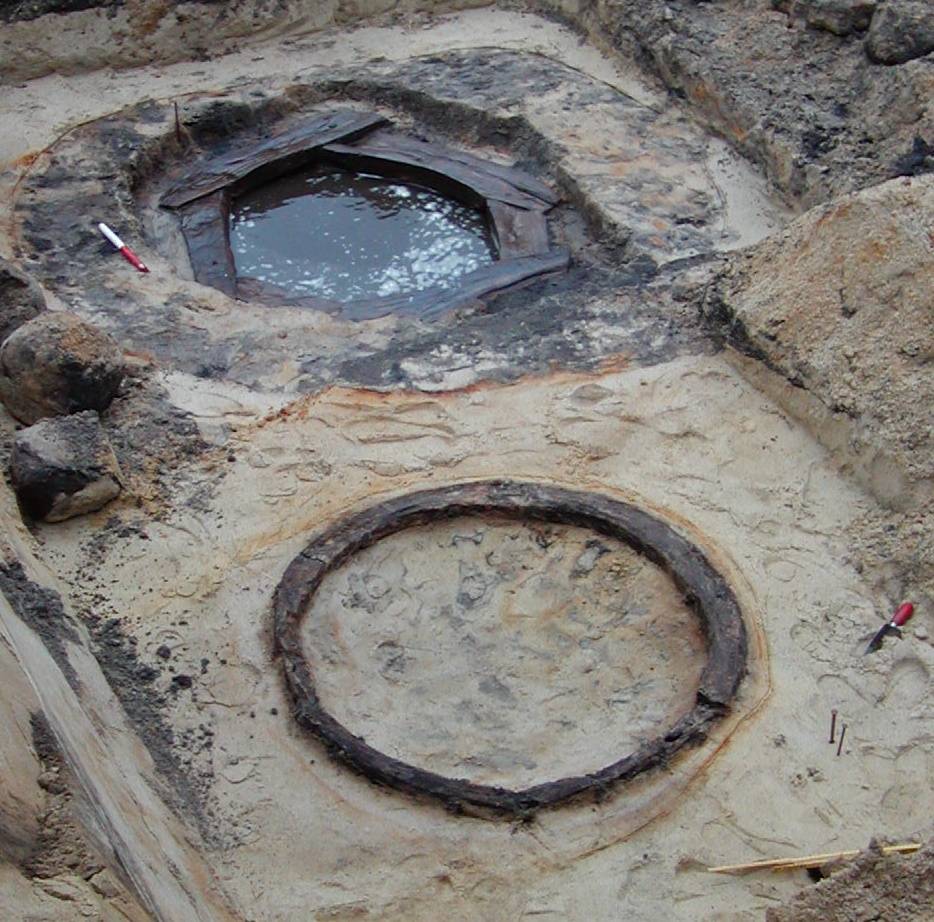