Royal Concession inn or unlicensed inn
The oldest inns in Denmark date back to the 12th and 13th centuries. "Royal Concession" inns that were licensed by the state and permisison to serve alcohol were established during the reign of Christian V in 1695. In addition to the licensed inns, there were of course also unlicensed inns with with alluring names such as "Kom Igen" ("Come Back Another Time"), "Snur Om" ("Turn Around"), "Kig-Ind" ("Drop In") or "Tænd-Pibe"("Pipelighter").

Jedsted Spanghus
The most westerly inn on the Kongeå was Spanghuset at Vilslev Spang (also known as Jedsted Spang). The owners were granted a licence to run an inn and the place was called "Jedsted Spanghus Concessionary Inn". 1791-1850 there was a customs office at the Spang (crossing) and thus a lot of traffic. The innkeepers were enterprising and set up a small grocery or "høker" at one end of the house. When Spanghuset changed owners in 1935, both the inn and grocery closed.

Jedsted Inn
At the southern end of Jedsted in Vilslev parish, a small inn remained. The inn is clearly indicated on the map from 1899. Beyond that, all we know is that  the inn was owned by Nicholas Verner Terkildsen in 1838.

Inn and hotel of Gredstedbro
The inn was first mentioned in 1651, and until 1851 Gredstedbro also had a customs office. The town grew in size when the railway was built in 1875. In 1905 the inn's owners built Gredstedbro Hotel opposite the old inn. The hotel had both meeting rooms and an auditorium and became the town's new meeting place, which still exists today. 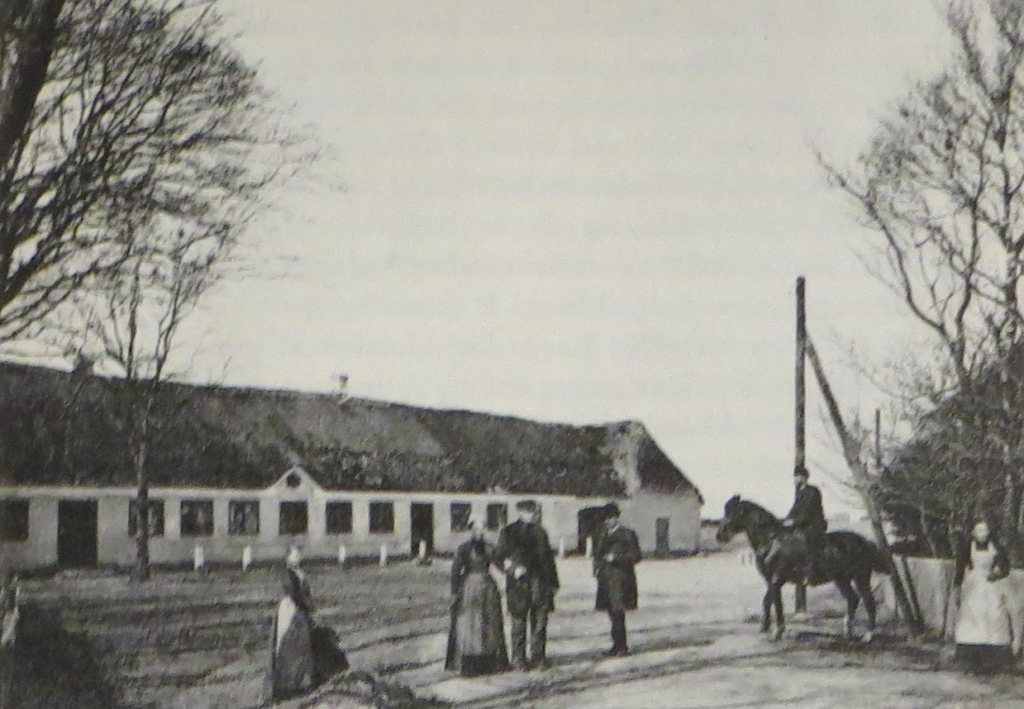 Some of the residents at the inn “Gredstedbro” in the 1890ies. Photo:unknown

The Inn at the Bridge
In 1918 someone else took over the lease at Gredstedbro Hotel. With the anti-liquor "Indre Mission" having the majority at Jernved Parish council, the new leaseholder was unable to obtain a licence to serve alcohol, so he chose to build a new inn south of the Kongeå in Hjortlund parish, only a few hundred meters from Gredstedbro Hotel. The parish council here saw things differently and the Inn at the Bridge was granted an alcohol licence.

Hvide Kro (The White Inn)
Positioned on the old bullock drive route in Farup parish, three kilometers south of Gredstedbro, was Hvidekro Farm. It was probably not an inn with a Royal Concesson, and it existed only for a few years. In the census of 1870 and 1880 stands Anders Lassen listed as farmer and innkeeper. The farm was also sknown as Hedegårdshøj and found on historical maps under the names Hvidekro Farm and Hedegårdshøj.

Kalvslund Inn
The inn west of the church was built in the 1856. From 1865 to 1889 there was a customs office and customs officials were part of the household. In 1870, the household consisted of 20 people: Innkeeper Conrad Nissen Knudsen, who also was a farmer and parish constable, his family, a comissioner, eight servants, the customs inspector and his wife, a customs groom and two border police corporals. Kalvslund Inn closed recently.

The inn dates back to the 18th century.  It was open in 1865-1875 and aso served as a customs office and was home to two families. In 1870, the household consisted of innkeeper Niels Kristensen, his wife, their five children and three maids and customs assistant, his wife, their seven children and a serving maid, a total of 20 people. Today the inn is part of Kongeaa Camping.

Unlicensed Inns
The illegal inns are difficult to locate, but the region has two houses called "Snur Om", one in Hjortlund and one in Farup parish. Both located where the road turns (spins) - and one could turn in for a mug of beer at the same time. 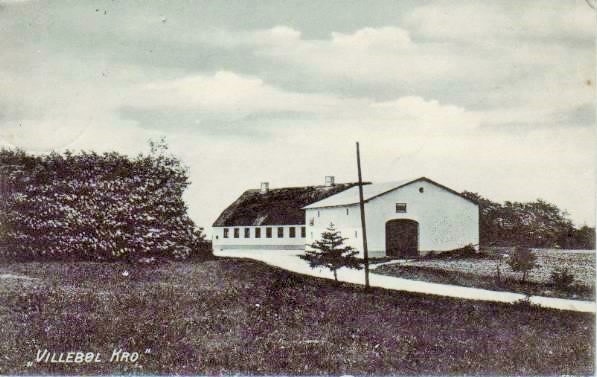